If you have children you’ve experienced this maneuver. Ask Mom, and if she says no, ask Dad, maybe he’ll say yes. The outcome was perfectly clear when we discussed the monument at Battle Park at three previous hearings at the Booker T. Theater. “Leave it alone!” That wasn’t the desired answer so let’s see how it goes this time.

TODAY: Come give your input on the Battle Park Master Plan from 6-8 p.m. on Thursday, Feb. 27 at the Imperial Centre for the Arts and Sciences. 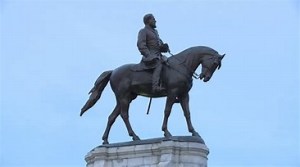 This removal of monument-business was underway, but it wasn’t until General Robert E. Lee’s statue in Richmond, VA. came under attack that I awakened. This event changed my reading life. I was incensed, knowing that editing our history for better or worse was another assault to fundamentally change America. The truth of the matter was, I knew very little about Lee. I had a once over lightly acquaintance that included names of leaders and battles during the Civil War. Being honest with myself, I knew little about the men and women whose leadership and direction formed the world I grew up in. Who were these people that formed the backdrop of my life?  Almost overnight, I had to know. I started with Charles Braclean Rood’s Lee: The Last Years, to Michael Korda’s, Clouds of Glory: The Life and Legend of Robert E.Lee, and Mark Perry’s Grant and Twain: The Story of Friends. On to a dozen books on F.D.Roosevelt, and a dozen Churchhill books, many of our Presidents. (I would love to talk to you about President Garfield.) These books and many more have enriched my life. Had I missed them, how poor I would be.  One thing became apparent: The lives of each of these men are intertwined forever. Their friendships, their conflicts with one another, admired or suspect, they became what was needed in their day and time, and together they are who we have become. For better or worse, in sickness and in health. 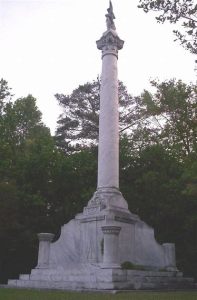 It isn’t just the monument, but all the lives that are intertwined, each significant. Today we have a different understanding of our history. Confederate monuments honor all those who gave their lives and now declare the progress that has taken place. This is something to celebrate that does not require removal.  Through my Norman Rockwell glasses, I see the parade assembled the day the monument was dedicated. We’ve all been to parades. Decorating bikes, music, the young scouts who were hauled out of bed early to be sure they had a bath and hair slicked down in time to march that day. Each with a story.  In spite of this ‘master plan’meeting, I guarantee you, in the light of all we have on our plate to be getting on with in Rocky Mount, Battle Park is not nor should it be, a priority. You can forget using the park plan as a foil to get to the monument again. “Leave it alone!”

8 thoughts on “Public Hearings on Battle Park: Hoping For A Different Outcome?”

The Beauty of Preservation