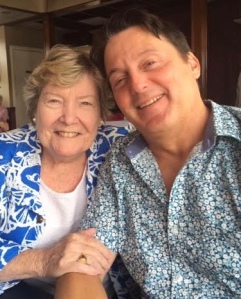 Introducing Guest Blogger, Rodd Myers. Rodd holds a Bachelor’s Degree in Language and Literature. He has a Master’s Degree in Urban Planning with a focus on business and public administration from the University of Michigan (Ann Arbor). We became friends while Rodd was still living in Rocky Mount where he and his partner, John Manns, restored the Henry and Estelle Tharrington house on West Haven Blvd. He brings his considerable experience to the understanding of urban planning. I’m sure you will find this post helpful when thinking about the Atlantic Avenue corridor. Welcome, Rodd!

All parties must believe that “BUILD IT AND THEY WILL COME” is a myth not reality. “Mixed-use development is a useful concept, but it is vague, littered with exceptions and special cases and consequently difficult to formalize with rules. City Hall has a long history of misusing this concept. Sometimes through analysis that is so shallow and problematic that regular residents quickly spot the faults. Other times it is to help developers [game the system].” Douglas Moran

Successful Mixed Usage in downtown Mount Dora, FL. A great example of how it should be done.

After carefully reading the information I found in the Rocky Mount Telegram, gleaned from a reporter attending city council meetings, public remarks made by city officials/the developer during presentations and documents filed with the city concerning the project, it is clear that the project should be considered as problematical. It was initially presented as a Tier 1 hotel with numerous amenities, parking options and housing/retail solutions. Now it appears to have been reduced to a far lesser hotel brand, vastly different parking options and the housing/retail options are vaguely discussed. No surprise here. This is the Modus operandi of those who misuse mixed-use development for personal gain at the expense of the neighborhood. There is a term “Gaming the System” that articulates exactly how misguided the process can become.

Gaming the system can be defined as using the rules and procedures meant to protect a system to, instead, manipulate the system for the desired outcome. Mixed-use development has a certain flair and politicians and city administrators adore its sound. Why not? For decades the term mixed-use has been used by people to obfuscate their true intentions, make their plans sound beneficial to the community and to qualify for parking exceptions, community reinvestment dollars, and tax credits. At its roots, mixed-use is not a bad idea when carefully studied for financial and social impact. The two may not go hand in hand; too often the financial impact is far less than anticipated and the social impact more damaging than initially revealed. Moreover, even if the project is guided by accurate financial projections, community input from the surrounding area and responsible and objective views it still faces survival contingent on peripheral factors. Several important factors aside from the desire to build it come in to play:

2.   Return on investment (ROI) frequently falls short requiring additional tax dollars to prop up the faltering project. Therefore, the ROI MUST be accurate and there must be an alternative financial model which anticipates problems early to allow for corrections. If not, the developer will bail and as a result, the incubating businesses and the surrounding neighborhood will experience what is known as a slow death. 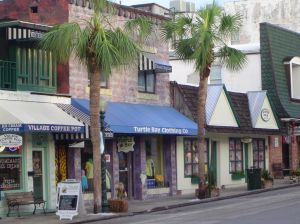 The ever-changing information that the taxpayers are being given, and the unexplained line items alone have all the marking of a project that is ripe for  ‘gaming the system.’ Four votes on the City Council have declared that this mixed-use development plan should be implemented. I hope this post helps your readers understand more about what can be happening with this latest project.

Stepheny Forgue Houghtlin grew up in Evanston, IL. and is a graduate of the University of Kentucky. She is an author of two novels: The Greening of a Heart and Facing East. She lives, writes and gardens in NC. Visit her: Stephenyhoughtlin.com
View all posts by Stepheny Forgue Houghtlin →
This entry was posted in Atlantic Avenue Corridor Plan, Guest Blog and tagged Atlanta Street Corridor Land Plan, Mixed-Use Development for Rocky Mount NC, Rodd Myers - Guest Blogger, Urban Planning. Bookmark the permalink.