Bob Houghtlin, my late husband, spent all but a few years of his working career at the same company – Leo Burnett Advertising in Chicago, IL. He wore a suit and tie every day. Usually, he rode the Northwestern Train into Chicago from Winnetka, IL. and walked across the Loop to the same building. I’m proud to say that he became one of the five Media Director-Vice Presidents in the company and was responsible for Leo Burnett’s largest client: Phillip Morris. Here is one variation of a working career you recognize from way back when.

Do you remember the line from this Leo Burnett ad, “This Is Not Your Father’s Oldsmobile?” I’ve spent time with an amazing young man that John Jesso courted and enticed to Rocky Mount. His name is Jesse Gerstl.  He is a managing partner at LarGerKo. This successful man was wearing a tee shirt, pegged blue jeans and a pair of tennis shoes. His office is where ever he happens to be and he usually has a phone in his hand. He and others like him are investing millions of dollars in Rocky Mount, NC. Jesse is the new “Oldsmobile.” As I followed him in and out of commercial buildings on Washington Street, up flights of stairs, through the Carlton House that is being brought back to life in an exciting way, I wish you had been with me. The new entrepreneur may not be wearing a coat and tie, but I definitely caught sight of a  Superman’s cloak as Jesse shared his Rocky Mount projects. 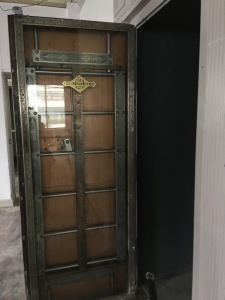 Come and sit with me on a bench downtown, and we can discuss the far-reaching implications of the verse – Be not forgetful to entertain strangers: for thereby some have entertained angels unawares. We need these hosts of angels like Jesse Gersti who are preservation-minded, are bringing a new vision, a new economic reality. This is the new version of that old Oldsmobile. The community is thankful for the Jesse Gersti-like investors that have embraced our amazing commercial architecture and are helping to save the buildings. Properties such as the Carleton House where new memories will be made in the reimagined, restored and preserved space thanks to Jesse and his investment group,

BE SURE TO SCROLL DOWN TO READ COMMENTS LEFT BELOW