Among many things, Fred is a writer. He is blessed with a sense of humor and a long memory. He has had several incarnations as a teacher, before and after he was a special agent for the railway. His interest in Civil War history has earned him the designation, “buff.” Long fascinated with weather, you will see him on WHIG-TV as the weatherman. He rises early to prepare his charts before arriving at the station. I can vouch for his driving skills after riding shotgun in his car for several hours over railroad crossings, through tunnels on Kingston Ave, past an overgrown parking lot that once served the yard. He pointed out the names of everything we passed and who once had a business on this corner or another. We looked at the Tobacco Platform, my favorite shed that I can imagine all kinds of uses for. I saw the Charlie Baker switch and from a distance, the tower and yard office, the Maintenance of Way Signal Department and the windows in the train station that once belonged to Captain Billy Hill and Lieutenant Doug Langston. Many of you will recognize the name Seth Currie, ‘Red,’ and Brent Edward, the special agent after ‘Red.” Fred is an encyclopedia of railroad history and the Rocky Mount connections. I can hardly wait to revisit the Edgemont historic district, once home to many, railroad families.  Fred has lots of ‘special agent stories’ to write, and I am on the case to see that he does. Thank you, Fred, for sharing your expertise and memories allowing me to write further on Main Street Rocky Mount. 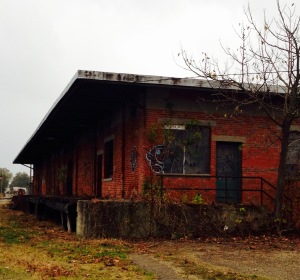 Once the Freight Agency – A Building Waiting To Be Born Again

PS: As our society has changed, so have the nations railroads, and so has the railroad police service.  Railroad policing has developed into a highly specialized branch. The modern day railroad police officer/special agent is more than just the hired gun from a hundred years ago.  Their experience, training, and tactics make them some of the most capable law enforcement officers in the country. 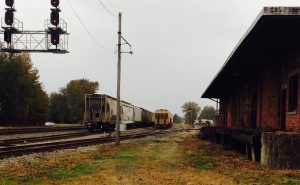 2 thoughts on “Special Agent Fred Holdsworth – A Font of Knowledge”