Corruption in the city government is a behavioral consequence of power and greed. Generally, even with a rulebook against it, corruption is covert, opportunistic, repetitive, powerful, and reliant upon dominance, fear, and unspoken codes; a silent threat. The findings of the State Auditor’s report underscore the behavioral consequences of corruption and the use of fear to achieve personal gain at the expense of taxpayers. Sadly, deceit was at play in the hands of the previous Mayor and the entire City Council of Rocky Mount. I say the entire City Council because while some members benefited from the corruption the others looked away. Thus, complicit by their silence.

On a basic level, we all understand the importance of voting for those we believe in. We hope they will represent our best interests in all city matters. In actuality, we have no real way of knowing what they engage in behind closed doors. Will they fairly represent us when it comes to what is best for our street, our neighborhood, and our city? In simple terms–we elect those we believe in, trust, and HOPE they will do what is right. 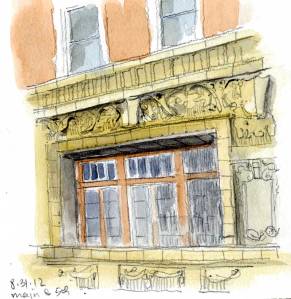 This scandal involves numerous city officials and council members who disregarded our HOPE and our Trust to do that, which is Right. Unfortunately, there are greater consequences that accompany this betrayal.

Once a state audit occurs, the finding validated, and charges entered against the perpetrators, seismic effects are felt in the city. Generally, these come in waves starting at a local level of distrust in the city government and city officials, the reluctance of banks to fund redevelopment projects, and the careful accounting of all existing and previous grants involving the private foundation, state, and federal funds. Moreover, the city will be put on both a written and an unspoken watch list that all foundations, state, and federal funding agencies are aware of. In short, the city’s creditworthiness will come into question. As a result, obtaining funds will become more difficult, and more questions will be asked—remarkably similar to an individual having a bad credit report—the city will face intensified scrutiny until it cleans up its act.

The state audit is not about race. It is about accounting practices and cronyism. It is about breaking the rules and the trust of voters and taxpayers. Moreover, it is about North Carolina’s State Auditor Ms. Beth A. Wood doing her job in an unbiased and professional way in response to over 200 complaints. It is an embarrassment for Rocky Mount that Ms. Wood has been called a racist in print in spite of her CAREFUL and PRUDENT investigation. This outrageous mistake is rather like watching a bear in a cage get angry after it has been poked with a stick.

Main Street is proud of North Carolina’s State Auditor for doing her job in a productive and professional manner. It was predictable, however, that the cry of racism would be raised in order to discredit Ms. Wood’s investigation while obfuscating the truth over a myriad of crimes. A line in the sand is drawn. The idea that wrong is wrong is one side of the equation. The other is an unwritten rule that if you are black you do not call out another black man or woman. Now we have a perfect example of ‘being between a rock and a hard place.’  What does one do? Only when everyone is brave enough to call something WRONG regardless of who is at fault can the reality of corruption be irradicated. The quicker these matters are attended too, the harsh scrutiny we deserve will come to an end and the Rocky Mount world can spin once again on the right axis.

This piece has been written in collaboration with a mentor from the world of urban planning who knows a lot about this kind of “stuff.”  This duet confirms what I believe: Alone we know so little, but together we know so much.

7 thoughts on “THE REALITY OF CORRUPTION”