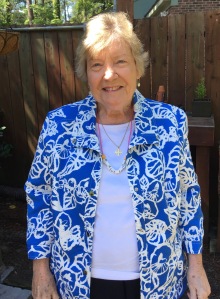 When I write for this blog, I often think of us sitting together and talking on one of the benches along Main Street under the shade of the maturing crepe myrtles. It amazes me that later in July, it will be the beginning of three years when I started the blog. The very first post (and second-anniversary post too) was about Evan Chavez who has always been the poster child for me when I think of the theme of the blog…honoring the past and building a future. That is still what Evan and the other incredible builders, planners and dreamers are doing out at Rocky Mount Mills.

After moving here five years ago, I fell in love with a rather silent Main Street, unaware of its stories, the people who remain in the memories of the community, of its significant architecture, of the historic districts, of everything really. I had no idea who was already busy with revitalization plans and the amount of work being done. I wanted to do something about Main Street. I heard the Lord whisper in my ear, you’re a writer, you could help that way. I took myself off to meet John Jesso, Downtown Development Manager. and asked him if a positive blog would be welcomed. I’ve never forgotten what he said, “Help me change the narrative of Rocky Mount.” 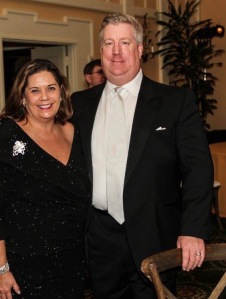 This anniversary post is written for  John Jesso with my deep admiration and affection. I don’t know when a community has been so lucky to have John and his amazing wife, Stacey, arrive on their doorstep. I attended the State of the City address this year where the Mayor touted Rocky Mounts accomplishments. We have no one to thank more for this than John. He has been the positive face cheerleading for all those who have come to consider an investment or starting up a business. He has been the real estate man, the networker, the bus tour spokesman. He has cast a net far and wide to draw people here to take a look at what we’ve got. He has walked the street, opened buildings, sat face to face or talked on long phone calls, all because he believes in Rocky Mount and has made believers out of countless other people. John came from a successful business career. In business, it is what you get done, what you accomplish that is credited with success. Unfortunately, in politics, that isn’t always the case. I’m grateful for John’s support with the blog, sharing his excitement with each new success, suggesting someone I would love to know. When I left John’s office that first day, I was like a fledgling the mother bird shoves out of the nest. I know lots of stories now and am beholding to others who have taken me under their wing and talked and talked and talked. I will speak of them too in the bye and bye. But today, as I kick off this week with a 3-part series on taking an architectural inventory, my heart and admiration belong to John Jesso on behalf of all of us who owe him so much every day. Thanks, everyone for keeping me company on Main Street. If you’re not FOLLOWING, please do.

Announcing a new podcast launching on April 21, 2021.Talking Main Street will be five minute episodes. Enjoy Stepheny’s storytelling and learning to speak Main Street.
Shotgun homes in wards one through four are valuable assets to our housing needs. They need to be priorities in our revitalization plans. #SavingSignificantArchitecture
#bungalow #preservation #Rocky Mount NC
Another Main Street finalist, Collierville TN. Inspiration for Rocky Mount North Carolina.
Check out the blog, Main St.,rockymount.com for more on littering in Rocky Mount.
<span>%d</span> bloggers like this: