Beyond the architectural splendor, interiors, appointments and room comfort, the heart of a hotel must surely be the people who create, staff, and visit from inception to closing. It is their memories that live on after the hotel is gone. We can just imagine the collective sigh across the city of Rocky Mount on Sunday morning, November 24, 1963, when the headline in The Rocky Mount Telegram, read…Ricks Hotel to Close Today After 54 Years. An obituary would read….The Ricks Hotel, Rocky Mount NC, born 1909, died 1963. Cause of death, end of useful years. This thought appeared in a news clipping from the Telegram on Wed., Dec. 4, 1963. I loved the clipping’s description of the hotels contribution to society. “A grand lodging for travelers for many years, home of some citizens, home of civic clubs, site of banquets, dances and other festive occasions, landmark for Rocky Mount and Eastern Carolina, meeting place for conventions and site of many events, which have given wonderful memories to those who knew it.”

The original structure of stone and pressed brick cost $135,000. Success prompted a second phase built in 1915 at a cost of $40,000. The Ricks was located opposite the Atlanta Coast Line Passenger Station on the corner of S. Main & Hammond streets. The additional plans were drawn by John Stout, Rocky Mount’s foremost architect who deserves a blog post of his own. For now, know that he is credited with the superb architecture of residences of J.C. Braswell, D.D. Cuthrell, F.S. Spruill, Capt. J.D. Bullock, Jr. and Isaac Levy. He also drew the plans for the First National Bank Building, the Phillips Building, the Epstein Building.  Does anyone remember the old ballroom on the 4th floor, the scene for parties like the Carolina Cotillion Club’s Christmas dances?

A quick tribute to Robert Henry Ricks (1839-1920) He became a director (1889) and then president (1899) of the Rocky Mount Mills, the second oldest cotton mill in the state. In 1894 he was named director and vice-president of the Bank of Rocky Mount and in 1902, vice-president of the Washington Cotton Mills in Virginia. In Rocky Mount he established the Ricks Hotel firm and the Thorpe and Ricks Tobacco Company and was involved in many other smaller business enterprises. 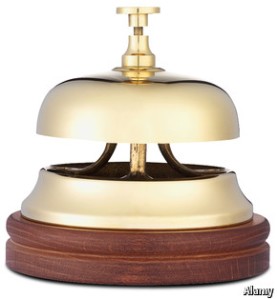 I hope  those of you with memories of The Ricks Hotel will leave them below in the REPLY section to further enhance this post. Thank You!