Elizabeth Anderson Ellison left this comment on ‘Way Back When’ in response to Part One on the Bungalows of Rocky Mount.

My grandmama lived in one (a bungalow) on Sunset and I just thought it was the best…the doorknobs were beautiful! I swore they were made of crystals! ❤️❤️ My grandparents were Willard Lee Parrish and Ruth Hocutt Parrish. I do not know the address, unfortunately. All I really remember was the front porch and those crystal doorknobs!

Amy Hughes wrote about The Beauty of glass Door Knobs in the magazine, This Old House. “Glass doorknobs date back to 1826 when the process for pressing molten glass into molds was invented, but they didn’t become ubiquitous until after the United States entered World War I, in 1917. Cast brass, bronze, and iron doorknobs, which had dominated the hardware market since the beginning of the Victorian era in 1860, were in short supply because metals were needed for airplanes and ammunition. By 1920, the largest hardware makers, including Yale & Towne Manufacturing Co. of Connecticut and Barrows Lock Co. of Illinois, were mass-producing doorknobs of molded and machine-cut glass, and cut crystal to suit various house styles, wallet sizes, and tastes.

During that era, most glass knobs were clear and featured six, eight, or 12 facets. Their faces were flat so you could peer inside to see a star, bullet, and pin-prick designs molded into their bases. Less common were colored-glass knobs in robin’s egg and cobalt blues, emerald, amber, violet, white milk, and Vaseline glass (which got its yellow-green color from adding trace amounts of uranium to the mold.) Shapes also varied, from ovals with incised star patterns to crystal globes with tiny bubbles inside — a popular 1920s Art Deco style that works well with modern interiors today.” 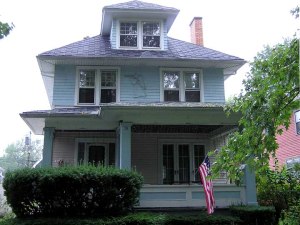 Aren’t you happy to learn about something as lovely as glass doorknobs?! Add this to your happy place called Main Street. Get your thoughts together before we get together to plan A ROCKY MOUNT BUNGALOW ASSOCIATION. Everywhere you drive throughout our neighborhoods you will see the bungalow in various states of being. This effort to put the bungalow back on your radar screen is in remembrance of people like Elizabeth Ellison and those of you who left comments about the bungalows you grew up in. I want you to write about those houses and your people and let’s put together a memoir that speaks to the America we grew up in, love and cherish. Let’s not forget those days on the porch right here in Rocky Mount that must go on and on. Let’s save them, fix them, enjoy them, marvel over them and find our hearts singing to advocate for our bungalows.

Recognizing the various kinds of bungalows will awaken your ability to drive the streets calling out to yourself…there’s one! Have fun. I’ll see you along the way. 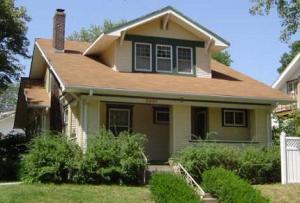