Stepheny Taking August Off to Finish A Novel – Leaving You With A Story to Think About -Keep the Faith!

Here is a paragraph from the novel that doesn’t sound like my usual saving Main Street posts. In part, the story is about a young woman who goes to work for Historic Preservation in Washington, DC upon graduation. She is called home to New Orleans a few days before Katrina to discover that her father, a retired admiral in the Navy has led a double life.  Sarah was not offended but surprised that a prestigious law firm would hire a woman poured into a tight skirt, with a provocative unbuttoned blouse. Grinning, she lowered her voice and leaned towards Jackson. “I think your secretary may be an actress who has wandered onto the wrong movie set, one that is staged for a legal drama, rather than the private eye movie they are filming down the hall.” Jackson laughed. He enjoyed Sarah Collin’s sense of humor.

In taking a break I want to tell you that a new friend introduced me to a story written by Richard Paul Evans, The Spyglass.  I  found a used, but a like-new copy on Amazon and ordered it because the story called to me…to us!

There once was a king who ruled over a darkened kingdom. Crops were planted and then failed, houses were built and then neglected, people were impoverished and dispirited. But when a traveler arrives at the crumbling palace, he shows the monarch his kingdom through the lens of an enchanted spyglass — a spyglass that shows him his kingdom, not as it is, but as it could be. The king’s imagination is ignited by the spark of faith, and with faith comes hope and change. By sharing his vision and inspiring his subjects to work alongside him, the king restores his land to glory…And though the old man and his spyglass were never again seen in the land, the kingdom continued to prosper and became again the great kingdom of old. Yet, despite their abundance of food, their beautiful buildings, their lush gardens, and majestic cathedrals, it was ever after said of that kingdom that their greatest treasure was their faith. 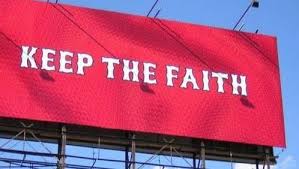 Think about this story while I try to finish my novel. I believe that newly elected leadership this fall will provide an enchanted spyglass for Rocky Mount that will allow us to see things as they can be and will be. It is by faith we shall be known. Keep that faith in my absence.                                         SCROLL DOWN FOR COMMENTS

Stepheny Forgue Houghtlin grew up in Evanston, IL. and is a graduate of the University of Kentucky. She is an author of two novels: The Greening of a Heart and Facing East. She lives, writes and gardens in NC. Visit her: Stephenyhoughtlin.com
View all posts by Stepheny Forgue Houghtlin →
This entry was posted in Stepheny's Rocky Mount Reflections and tagged The Spyglass -author Richard Paul Evans. Bookmark the permalink.

5 Responses to Stepheny Taking August Off to Finish A Novel – Leaving You With A Story to Think About -Keep the Faith!