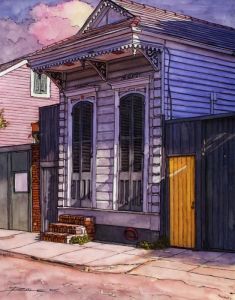 The Telegram published (2-21-19) that the City Council is Studying Housing. The council prioritized workforce housing over residents transitioning from public housing and first-time home buyers. Mr. Joyner brought up the 2014 housing study that listed neighborhoods needing improvement. Rocky Mount Mills is the only neighborhood to have advanced. Councilman Tom Rogers said the housing study was put on the shelf, and now it’s time to be more proactive. At a Council meeting, it was announced that there is a move to build a workforce, affordable housing near the Smokehouse. WHY?  We have an inventory of shotgun houses that continues to deteriorate, adding to the blight of our wards, in neighborhoods calling to be renewed, made safe, and appreciated again.

We’re picking up the wrong end of the stick on this issue and hanging on to an unexamined idea left over from the 1960s and ’70s. Many shotgun houses built in the 19th and early 20th centuries fell into disrepair over time and were demolished during urban renewal efforts.  At that time, city planners and politicians began to view the houses as symbols of poverty and substandard housing conditions.  Shotgun houses gradually fell out of favor until the early 21st century when they began to draw attention from scholars and historic preservation groups. We now view them as significant architectural structures. It is short-sighted here in Rocky Mount to treat shotgun housing as insignificant, allowing our inventory to languish and allowing people to live in their disrepair. Thank goodness investors like Jesse Gerstl recognize their value and is buying and preserving them. We do not need to build affordable housing on Atlantic Avenue. We have plenty of affordable housing that must be saved.

We need to advocate for the historical significance of the shotgun house. If one follows the guidelines set out by the United States National Register of Historic Places to evaluate a site’s potential for preservation, a historically significant piece of built heritage must retain its integrity for it to be protected from demolition or neglect. And integrity, according to the Register, is the ability of a property to convey its significance. It is imperative that a crucial part of the historical significance of the shotgun house lies in the construction of its historical evolution. Scholars have engaged with the historical origins of shotgun houses, acts of conflict, whether in the form of revolution, slavery, cultural resistance, or adaptation. This vernacular tradition manifests the dynamics of history and race in the United States that elevates its status, a built heritage worthy of protection.

“Preservation can be more than just making sure the new shutters on the windows match the original style from 1890. Preservation can also be about keeping people safe, warm and dry. In the end, that’s a much more noble mission.”     -Marianne Zickuhr, Executive Director Preservation Louisville

These watercolor images are found on Pinterest. Why not look at this link to my Shotgun House board to make your heart sing. CLICK HERE

Don’t miss the comments below. Scroll Down.