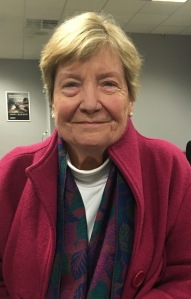 Who Stayed Up All Night and Thought of This?

That was my original reaction to the announcement of a new city manager. She came with a dark cloud over her head and plenty of past mismanagement stories to warrant concern. We have an essential question when it comes to all that is happening with our city government: who gains from hiring a flawed candidate, who gains from the further deterioration of our Main Street architecture, from ignoring the enforcement of ordinances already on the books,  from  running off our outstanding talent, councilmen meddling with city inspectors with their presence of intimidation? Who is profiting from this?

My answer to why this particular new manager was hired with such baggage was that she was now beholding to the Council for her job and like it or not, she would have no choice but to do their bidding. Her hiring had nothing to do with the long dark night of the soul, wrestling to find the best candidate for Rocky Mount, but finding a candidate with a scenario that fit their needs. Not knowing Mrs. Small-Toney at that time, I sailed on believing I had my answer to ‘why in the world?’  Things have unraveled, to say the least, and into the light of day has emerged complicit members of the  City Council, mismanagement, graft, and a word I like to use –  skulduggery!

It is true that if you begin to know someone, take notice of their tasteful appearance and kindness and beautiful smile, and sing hymns together at church, kneel in prayer, begin the quick shake of the hand, the exchange of greetings, your perspective begins to shift about them.  This was certainly true in my case of a lovely woman I began to call Rochelle. I like her and was conflicted because of things I knew and my personal experience with her. The ‘worser’ things have become, the bigger my disappointment – ‘say it isn’t so.’

This conflict made me remember that life is filled with second chances, redemption, that people can be knocked off their donkey on the road to Damascus and have their lives turned around.  Here was my answer for Mrs. Toney-Small to redeem her reputation and leave here a hero when ready. The answer revolved around, SAVING MAINSTREET. If she would put her leadership and will behind this priority, she and the others involved in this saving business would forever be remembered for a great outcome. This past week Council’s retreat brought good news that some attention will now be paid to Main Street.

What I haven’t been able to reconcile in this concept of redemption is why the city council or the mayor, the city manager, where ever the wrongdoing falls, should escape the consequences of their actions. Without restored trust, resolution, wrongs being righted, a clean slate, talk of moving on as if nothing has happened isn’t realistic. I am sympathetic to the story of personal injustices Mr. Neheniah Smith talks about when using his 3 minutes at the council meeting but I fail to connect what he is saying to the City Managers and Councils problems.  To my knowledge, Mr.Smith isn’t under investigation or implicated in the list of concerns being looked into. I can only look at these kinds of charges of racism as an attempt to speechify: diverting the relevant matters at hand of mismanagement which are specific and particular to the manager, her staff, the mayor and council, their choices and decision making in the here and now. Nothing more, nothing less.

Trying to divert attention from wrongdoing clothed in a Harry Potter invisibility cloak of accusations of racism is extraneous to the matters at hand. The taxpayers deserve and expect good governance, a righting of the wrongs and new leadership. If redemption is possible for any or all involved after completing the investigations, I’ll welcome it. Especially in Mrs. Toney-Smalls case. Only when trust in our leadership is possible again can we turn our full attention to getting on with building a future for Rocky Mount.